September 18, 1975. At the Art Gallery of Ontario, in Toronto, Canada, a performance entitled Going Thru the Motions, created by the artistic collective General Idea, is about to begin. A performer known pseudonymously as Granada Gazelle, speaking on video, addresses the live audience gathered in the gallery. She informs spectators of the important roles they’ve been recruited to play in another performance: a beauty pageant, slated to take place nine years in the future. “Climax is possible,” declares Granada Gazelle. “Yes, viewers, climax IS possible, and we are here tonight to prove it! At the 1984 Miss General Idea Pageant everyone is an extra for fifteen minutes.”

Never mind that the year was 1975, not 1984, and that no dramatic climax had yet occurred, or ever would. Gazelle’s announcement was representative of General Idea’s prescient, idiosyncratic performances of the 1970s: of their deep, if often overlooked, engagement with the artistic principles of the theater, and of the significance of live audiences—who were often more crucial than live performers—in their work. Going Thru the Motions was an installment of the Miss General Idea beauty pageants, a multipart, multimedia series created by the three artists comprising General Idea. Known by their pseudonyms, A.A. Bronson, Jorge Zontal, and Felix Partz, the trio had been collaborating since the late 1960s, and their artistic work traversed many media forms: performance, video, sculpture, painting, architectural drawing, and fashion design. 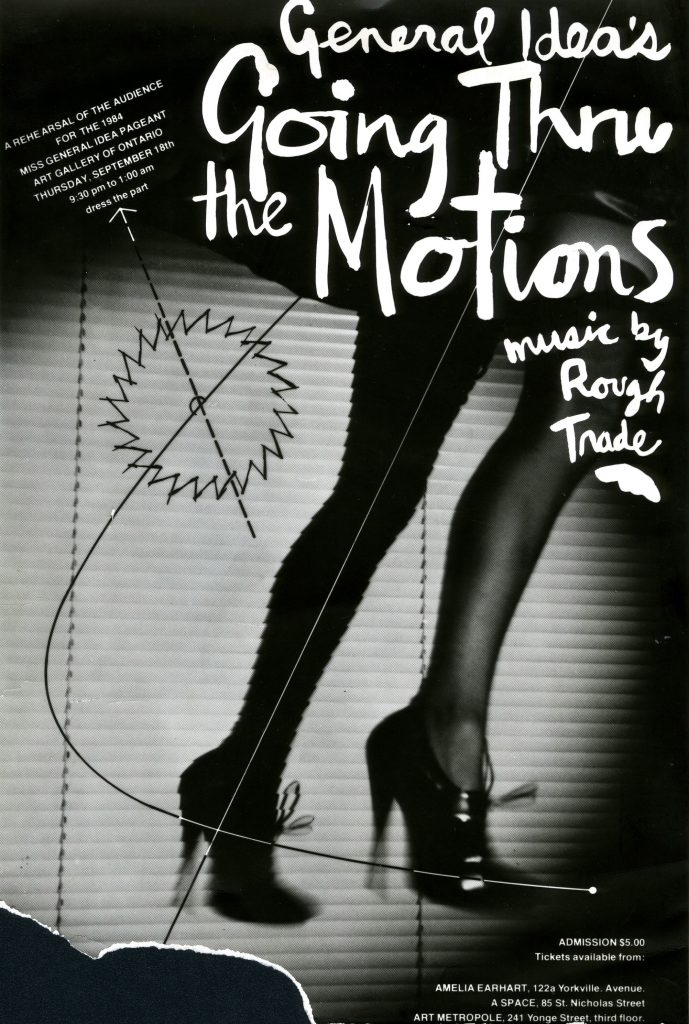 Poster for Going Thru the Motions (1975). The Art Gallery of Ontario, Toronto, Canada. Courtesy of AA Bronson.

In the 1970s, performance was a driving force among these many forms, propelling General Idea’s approach to the transmission and reception of their ideas, images, and gestures. Fashioning themselves as queer outsiders to the mainstream art world, and inspired by the underground theater of the time, the group conceived their practice as a means of laying claim to communications modes that did not belong to them. They positioned themselves in a parasitic relationship to the media and gallery system, and, inspired by the viral imagery employed by novelist William S. Burroughs, imagined their work as a cultural virus. They employed the terms of theatrical spectatorship—its codified gestures, its unspoken rules—to create a queer, viral dramaturgy, reliant on deferred (but promised) dramatic denouements, and on the behavioral expectations of theater audiences, reshaped into ghostly quotations and echoes.

By the time Going Thru the Motions was staged at the AGO, Miss General Idea—more a concept than a character, as her title suggests—had been haunting the artists’ makeshift runways for roughly five years. She first appeared, in the flesh, at the 1970 Miss General Idea Pageant, staged as part of the Festival of Underground Theatre at Toronto’s St. Lawrence Centre. She reappeared in 1971, when the group held the second pageant: an awards ceremony to anoint the winner of a contest that had been conducted through the postal service, featuring mail-in glamor-shots and written applications for the title of Miss General Idea. After 1971, her appearances became increasingly hypothetical: the artists announced that they would no longer hold annual beauty pageants, but would instead postpone the next pageant for thirteen years. Subsequent Miss General Idea-themed performances were advertised as rehearsals for the long-awaited, climactic pageant to be held in the futuristic year of 1984.

In Going Thru the Motions, a surreal ceremony, both distended and abbreviated, took shape, as the group staged a performance that they classified as a “rehearsal” for the Miss General Idea Pageant to come in 1984. A figure known as the Spirit of Miss General Idea 1984 roamed the aisles of the auditorium, looking for her seat to no avail. A “director” barked “Action!” and “Cut!” as if the performance were a film shoot. An elaborate “goodbye” to Marcel Idea—who had been crowned Miss General Idea 1971 and would no longer hold the coveted title—was staged. Most importantly, the audience practiced its own role: stage directions in the unpublished performance text note that spectators in attendance that evening were to “play the part of the 1984 audience.”1 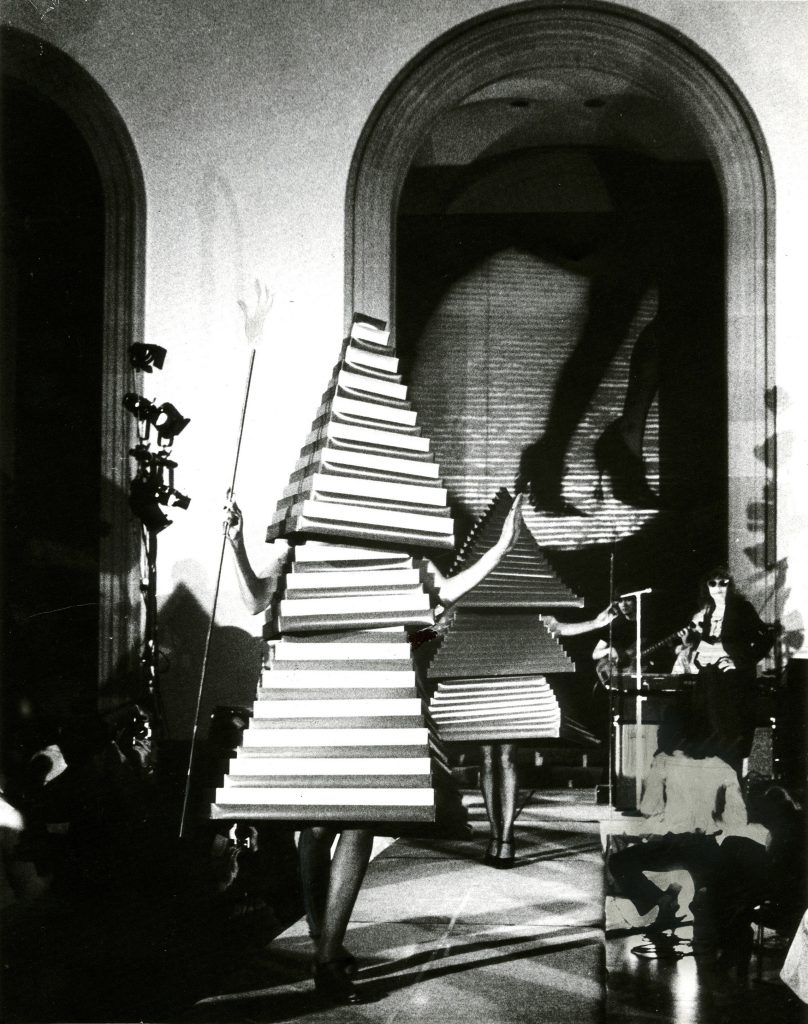 Such emphasis on participation testifies to the significance of theatrical terms in General Idea’s approach to the circulation of artistic gestures. They didn’t involve spectators as if they were actors, as in much participatory theater of the late 1960s and early 1970s (and even now). Instead, they obsessively rehearsed spectators’ behavior as spectators. To Zontal, Partz, and Bronson, spectators carried with them a learned sequence of behaviors, usually practiced without conscious consideration, but capable of being channeled into a powerful performative force. Reception and transmission were not a matter of passive spectatorship, but of actively performed choreography:

At one stage we gazed out over the audience and imagined they were sleeping. We tried to imagine what they were dreaming. We dreamed they were dreaming their wildest dreams about themselves and their roles. We dreamt it was a vivid dream of themselves as the dream audience of the 1984 Miss General Idea Pageant[…]We knew that if we were going to make this dream come true we had to wake them up and help them remember their dream in detail. We had to go over their lines with them and rehearse them in their dream roles.2

The significance of audience choreography for General Idea can shift our understanding of the collective’s self-image as viral, parasitic artists. This aspect of the trio’s work has most often been considered—by critics and by the artists themselves—abstractly, as an approach to displaying and disseminating images and text through media channels such as their trans-Canadian Image Bank. Yet viruses infect bodies; and the bodies most directly, and most repeatedly, set in motion by General Idea were the live bodies of their spectators, who practiced applause, standing ovations, yawning, sleeping, and other learned gestures of spectatorship at rehearsal after rehearsal for the 1984 Miss General Idea Pageant.

Such a pageant, if it had taken place, would have been the long-awaited dramatic climax to the series of beauty pageant performances begun back in 1970 at the St. Lawrence Centre. It would have constituted a kind of Aristotelian scene of recognition: here, after years of waiting, is the true Miss General Idea, revealed at last to the audience and to herself (in classical drama, scenes of recognition surprise the protagonist most of all). It would have ended a thirteen-year-long search for the holder of that coveted title, bringing a decade of dramatic tension to a tidy narrative conclusion. The audience, with their gasps and standing ovations choreographed and at the ready, would have stepped in with the theatrically appropriate response. 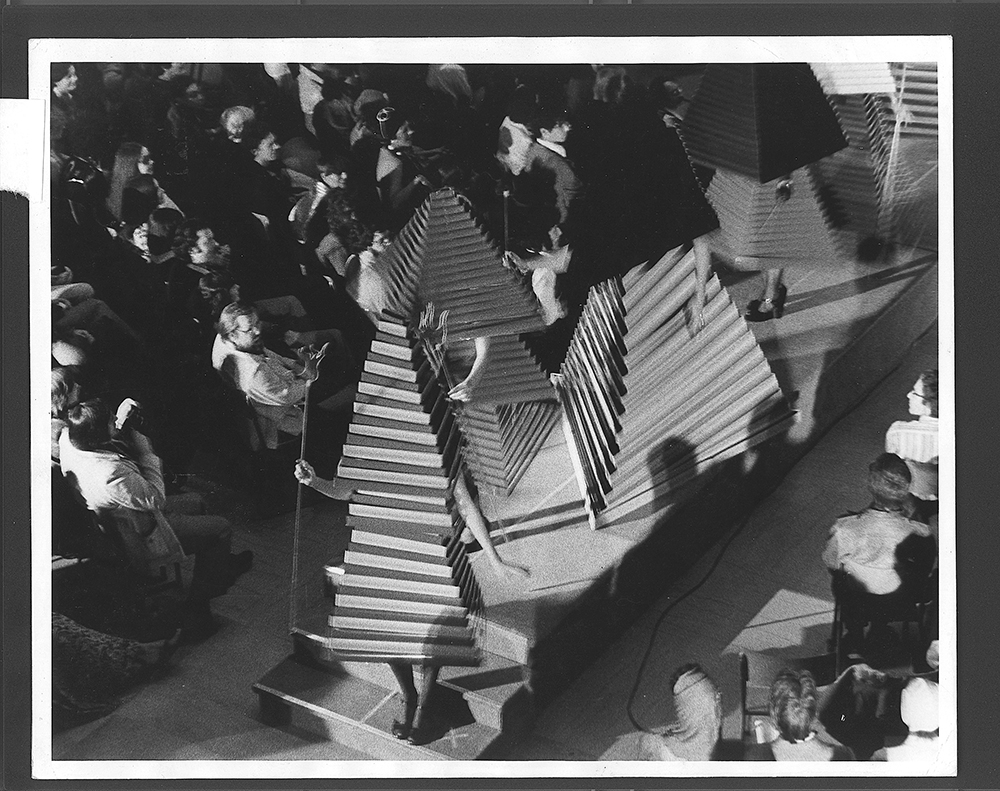 Yet, even as such dramaturgies of quest and climax guided the mythology of the pageant series, a different kind of dramaturgy—a queer, serial approach to performance time—prevented such satisfying conclusions from ever taking place. The year 1984 was, arguably, selected strategically: not just a far-off date, but one that, in Orwellian terms, stands for dystopia. And not just in Orwellian terms: 1984 marked the landslide reelection of Ronald Reagan and the intensification of the HIV/AIDS crisis. Two years later, in 1986, Zontal, Partz, and Bronson moved to New York, into the midst of the epidemic (two of the three would later die of AIDS, back in Toronto). Yet the artists promoted their hypothetical 1984 pageant not as a looming dystopia, but as a long-awaited moment of glory, lingering on the horizon.

In his landmark study Cruising Utopia: The Then and There of Queer Futurity, José Esteban Muñoz outlines an approach to performance time—one that looks very much like General Idea’s—in which queerness gazes beyond the present, toward a hypothetical future. “Queerness is essentially about the rejection of a here and now and an insistence on potentiality or concrete possibility for another world,” he writes.3 He argues for the role of performance in disrupting binary divisions between present and future, for the possibility of imaginative overlaps between these temporal categories. “To call for this notion of the future in the present is to summon a refunctioned notion of utopia in the service of subaltern politics,” he writes. “Certain performances of queer citizenship contain what I call an anticipatory illumination of a queer world, a sign of an actually existing queer reality, a kernel of political possibility within a stultifying heterosexual present.”4 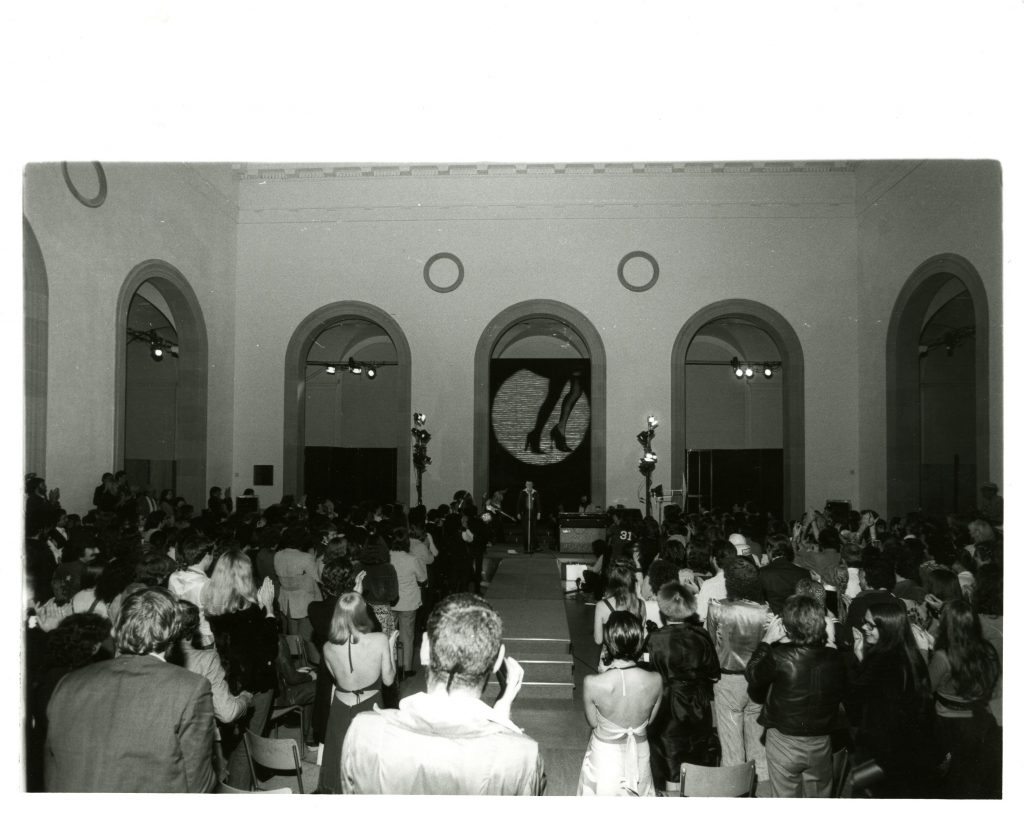 General Idea’s pageant series expanded performance time in just this way, by staging a serial performance that looked toward a hypothetical, unrealized, and unrealizable future, and by placing the conventions of dramatic structure and theatrical spectatorship in tension with a serialized, expansive approach to time. The artists smeared the boundaries of past and future into the theatrical present, retrospectively crowning their artistic collaborators Mimi Paige and Granada Gazelle Miss General Idea 1968 and 1969, despite no pageant having occurred in those years. They reversed the chronological loop at the molecular level, too. Spectators’ reactions, which usually constitute the culmination of a theatrical gesture—a performer acts, and in response, the audience laughs, applauds, or dozes off—were refashioned into the central actions of performance. The present and future, in moments when a 1975 audience played the role of a 1984 audience, overlapped, creating, in Muñoz’s words, “an anticipatory illumination of a queer world.” A world in which dramatic structures coexisted with the institutional frameworks of visual art; in which audiences participated in constructing a performance form that both anticipated a utopian future and also held it at bay; in which audience reception and transmission were live, embodied elements, no longer sublimated to the action onstage but situated at the center of the theatrical event.

Miriam Felton-Dansky is assistant professor of Theater & Performance at Bard College, and a theater critic for the Village Voice. Her articles and essays have appeared in Theater, Theatre Journal, PAJ, TDR, and The Oxford Handbook of Dance and Theater. Miriam is a contributing editor to Theater, where she serves as coeditor of a series of special issues exploring performance in the digital world, including “Digital Dramaturgies” (2012) and “Digital Feelings” (2016). A third special issue, which will examine theater and surveillance culture, will include proceedings from “Spectatorship in an Age of Surveillance,” a symposium she co-organized at Bard College’s Richard B. Fisher Center for the Performing Arts. This project is also the recipient of the American Society for Theatre Research’s 2016 Collaborative Research Award. Miriam’s forthcoming book, Viral Performance, argues that concepts of contagion and virality have played a vital role in shaping radical and intermedial performance aesthetics since the 1960s. She holds a Doctorate of Fine Arts from the Yale School of Drama.