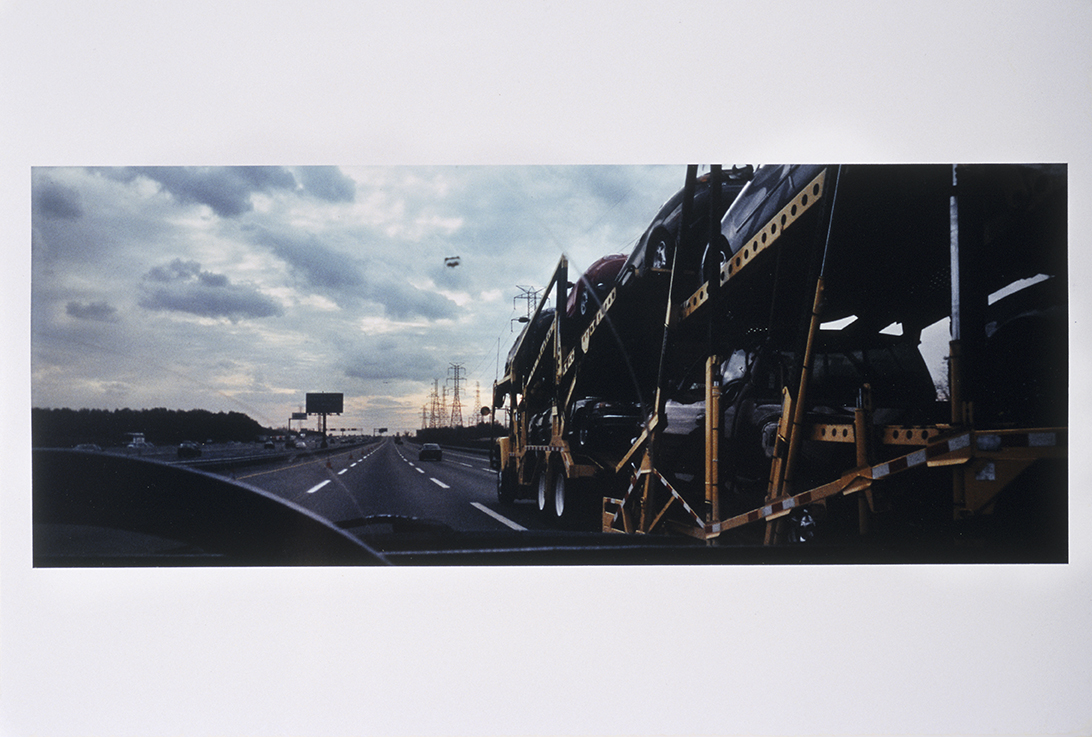 The third issue of aCCeSsions, entitled “Transmissions,” emerged amidst the flurry of information, debate, and scandal around the US presidential election. This most recent election cycle and subsequent controversies demand that we—as students, curators, writers, editors, and citizens—approach facts and information with suspicion. Daily White House edicts present a new philosophy and agenda that contradict basic principles of human rights and test the Constitution. The social media platform Twitter has become the primary means for publicizing the President’s decrees, alongside his opinions, quips, and retorts. Meanwhile, “the 45th” overlooks scientific facts and “inconvenient truths” in favour of baseless rhetoric. In light of all these unfiltered transmissions, in a “post-truth” age, somehow the public must practice media literacy and fight for factual information and credible opinions. As crowds of citizens too large to deny continue to gather across the country in protest, taking over public space in order to convey their dissent and political positions, the contributors of aCCeSsions Issue 3 interrogate various platforms for transmission, and address the ways in which ideas are formulated and disseminated.

We can point to specific moments in history and map the ways in which public conversation and platforms in numerous corners of the globe have shifted over time. In the nineteenth century in Western Europe, the wooden shipping crate, widely available due to the burgeoning manufacturing industry, provided a ready-made public platform for vocalizing one’s thoughts. The “soapbox” lifted a person up, allowing their voice to be carried; this person did not need to be working in politics to transmit their ideas. Standing on a soapbox, one might deliver impromptu speeches, sermons, and announcements to a public—anyone within earshot, or simply nearby and willing to listen.

Public spaces worldwide became known for promoting this kind of engagement. Speakers’ Corner in London’s Hyde Park is one of the most well-known spaces established for this purpose. After the Parks Regulation Act of 1872, the City of London sanctioned the right to meet and speak freely in the park. Orators including Karl Marx, suffragettes, and the local citizen,competed for attention using theatrical delivery, jokes, controversy, and signage, while audiences listened attentively or heckled.1 This public space was a site of dissemination and transmission. Its simple structure offered the opportunity for creative protest and peaceful public dissent.

The soapbox movement continued and gained traction in the period leading up to the Second World War, dubbed by enthusiasts the “Golden Age of Soapbox Oratory.”2 Reflecting upon Hyde Park in 1947, George Orwell said that Speakers’ Corner was “one of the minor wonders of the world” available to “Indian nationalists, temperance reformers, Communists, Trotskyists, the Socialist Party of Great Britain (SPGB), the Catholic Evidence Society, freethinkers, vegetarians, Mormons, the Salvation Army, the Church Army, and a large variety of plain lunatics.”3 It is unclear, however, whether this democratic, pluralistic vision of transmission was in fact equally available to each member of those groups. Orwell made these comments two years before he published 1984, a dystopian novel that depicted a future world in which citizens’ freedom of expression is censored and controlled through fear.

Although freedom of speech is protected under the First Amendment of the US Constitution, modern censorship may take on various forms, including undercutting and shaming by the administration. The administration may erase human rights achievements at the click of a button. Recent alterations to the White House website, for example, include the literal deletion of disabled persons’ and civil rights—directly under the public’s nose. Motivated by paranoia or suspicion of dissent, government and corporate intervention has challenged the right to free speech over the course of much of the twentieth century.

The rise of mass media in the mid-twentieth century, followed by the internet’s incursion into everyday life at the turn of the new millennium, are but two of the notable shifts in democratic society that necessitate a new framework for international political participation. From 1990–2008, SPEAKERS CORNER was an “interactive broadcasting” booth fitted out with a camera and accessible to the public in downtown Toronto, and which later spread to several locations throughout Canada. The television booths filmed citizens around the clock, and a selection of the contents aired weekly on local and national television stations. This modern-day proverbial soapbox, available at all hours, broadcast political and social vendettas, shout-outs to friends, political rants, and musical performances in an attempt to make television interactive and to connect Canadians across the country. Producers edited the content, and aired particularly entertaining segments for public consumption. SPEAKERS CORNER resembled a platform for freedom of expression—and yet it was funded, edited, and operated by a private broadcasting company invested in ratings and revenue.

The effectiveness of this kind of format for public expression is partly dependent upon how well its censorship is hidden. By contrast, this past January, Governor Major General Dr. Reda Farahat of Alexandria, Egypt, designated the promenade and Antoniades Park adjacent to the Alexandria Zoo as a space where citizens could protest and air their concerns freely. Farahat claims this move was inspired by Speakers’ Corner in Hyde Park; he allowed citizens to ignore Egypt’s protest law of 2013 and refrain from obtaining a permit to peacefully organize. Elsewhere in Egypt, the protest law requires authorities be notified at least three days prior to a scheduled protest, and even so, the Interior Ministry reserves the right to cancel or postpone any demonstration. Is Farahat’s mandate a declaration of his opposition to the current regime? Or is this momentary release of pressure a tactic for oppression, insofar as the act of protest releases tension within the population but falls on deaf ears?

Despite the diverse nature of these oratory platforms—those in London’s parks, the popular entertainment of the Canadian SPEAKERS CORNER, and sanctioned free speech in Egypt—each of these various forums were shaped by uneven structures of power, some more sinister than others. Forces such as the London police or broadcast producers compromised the desire for unmediated public transmission at the heart of soapbox oratory or the television broadcast. As we look to the screen in the digital realm, free speech reigns despite new forms of vigilante policing. Although the internet was conceived as a place of openness, algorithms are designed to track, log, and intervene in our activities, so as to produce a predetermined user-experience. Named and anonymous Internet trolls have displaced hecklers in the crowd, prowling the internet for argument and conflict. In this lawless landscape, in the absence of IRL (“In Real Life”) encounters, users are subject to a range of expression: the good, the bad, and the ugly.

Through articles, artworks, and interviews, the latest issue of aCCeSsions, “Transmissions,” considers what happens when information is intercepted, mediated, or fragmented. Nine new commissions by artists, curators, critics, journalists, and scholars, address the ways in which ideas are packaged and the politics latent in their dissemination. For this issue, Other Means, a graphic design studio in New York City, has redesigned the aCCeSsions website. The revamped format features animated content and visual interventions that reinterpret the experience of an online publication. A new section, BackTalk, will include a bi-monthly selection of material culled and shared by the student editors.

The editorial team would like to thank Amy Zion, Roxana Fabius, Other Means, Robin Mackay, and the Center for Curatorial Studies at Bard for their collaboration and commitment to the journal.